Home > Who We Are > Our Ministries > Music Ministry > Our Musical Leadership 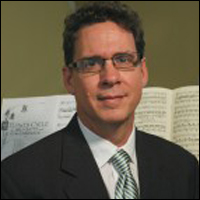 Glenn’s recordings include Mendelssohn’s Paulus with the Royal Scottish National Orchestra, Handel’s Acis and Galatea with the Seattle Symphony, Berlioz’s Lelio with the Milwaukee Symphony Orchestra, Schubert’s Mass in E Flat with the Atlanta Symphony, Nothing Divine is Mundane: Songs of Virgil Thomson, Beethoven’s Ninth Symphony with Brussel’s Anima Eterna and most recently Songs of G.W. Chadwick with pianist Peter Kairoff.

Glenn has been on the faculty of the University of North Carolina School of the Arts since 1991 and the founder-director of the Magnolia Baroque Festival since 2004. Prior to coming to Home Church, he was director of music at Calvary Moravian Church and Parkway United Church of Christ in Winston-Salem. 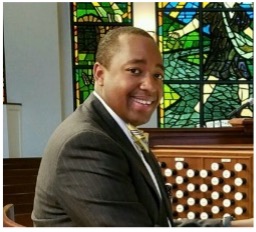 Jonathan studied organ performance with Faythe Freese at the University of Alabama and was the winner of the AFMC – Sarah Caldwell Lee Organ Competition at Samford University and the Clarence Dickinson Organ Festival Competition at William Carey University. In addition to organ, Jonathan studied violin with Thomas Wood at the College of Wooster and was a member of the Wooster Symphony Orchestra and the Wooster Chamber Orchestra under the direction of Jeffrey Lindberg.
Jonathan is an active member and former Sub-dean of the Piedmont NC chapter of the American Guild of Organists and currently serves as Finance Chair of the Moravian Music Foundation. He is a violinist with Winston-Salem Civic Orchestra, and is one of the organizers of the Sounds of the Summer organ series in Winston-Salem.  He is a featured artist in the Robin MacDonald & Valerie Pope Burnes book Visions of the Black Belt: A Cultural Survey of the Black Belt, a founding member of the Arts Council of Thomasville (AL), and founding member of the Flying Bricks Community Orchestra in Thomasville, AL.
Jonathan is married to Catherine (Cady), née King, and they have a three-year-old son, Archie.